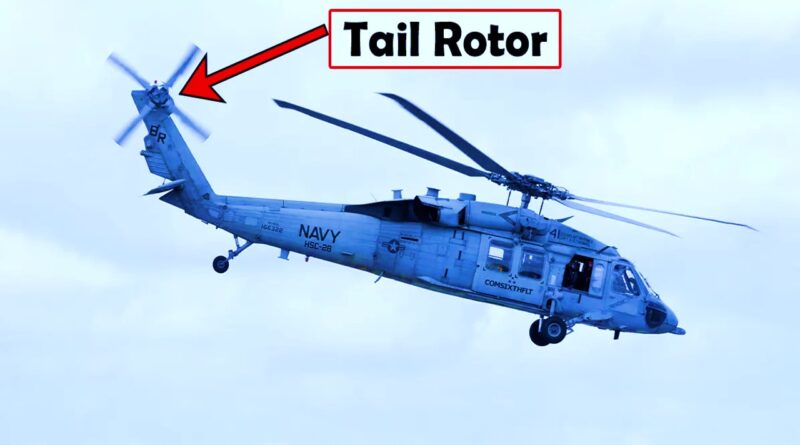 A helicopter is a complex machine and what makes it more complicated is the fact that it has lots of rotating parts. The parts which concern us about this topic are – Main Rotor and Tail Rotor.

Why Do We Need Tail Rotor?

A Helicopter produces lift by rotating its rotor blades. Rotor blades have an airfoil shape which produces lift when air passes over them. For rotation of main rotor blades, torque is needed which is provided by the engine through the transmission shaft.

Helicopters are designed to being able to hover over the ground while maintaining stability. But thanks to Newton’s Third Law of Motion, which states that every action must have an equal and opposite reaction, the torque provided by the engine tends to rotate the Helicopter in opposite direction of main rotor blades. This tendency of helicopter to rotate has to be counteracted.

To counteract this rotating tendency of helicopter Tail Rotor is installed on the helicopter. This tail rotor would produce thrust to oppose the spinning of the helicopter. The tail drive shaft would transmit power from the engine to the tail rotor. This design is very popular in small and medium-sized passenger helicopters but is not widely used in heavy lifting helicopters. This is because 30% of engine power is utilized by a tail rotor which is not used to lift the helicopter.

The directional control in this is accomplished by changing the collective pitch of one rotor thus changing the required torque of that rotor. This creates an imbalance between the torque of both rotors and makes the helicopter yaw in the desired direction.

This design consists of two rotors mounted at a slight angle to each other, rotate in sync with each other without colliding. Since the rotors are contra-rotating the torque required by each rotor is in the opposite direction which removes the need for a tail rotor. Direction control is achieved similarly to coaxial rotor helicopter.

Tandem rotor design consists of two rotors mounted one in front of the other. Both rotors are rotating in opposite directions to each other. Since the torque of one is cancelled by the other rotor there is no net torque reaction on the helicopter fuselage.

There is one more design in the helicopter, which is called Tip Jet. It uses a jet nozzle at the tip of the helicopter to rotate its blade. This design eliminates the need for a transmission shaft and thus no torque is transferred to the rotor. Because of this there no torque reaction present on the helicopter fuselage.

The helicopter designs with no tail rotor are generally used in heavy lifting helicopters as all the energy of the engine goes to main rotors which lift the helicopter. 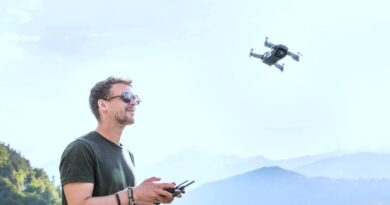 How to Become a Drone Pilot in India?