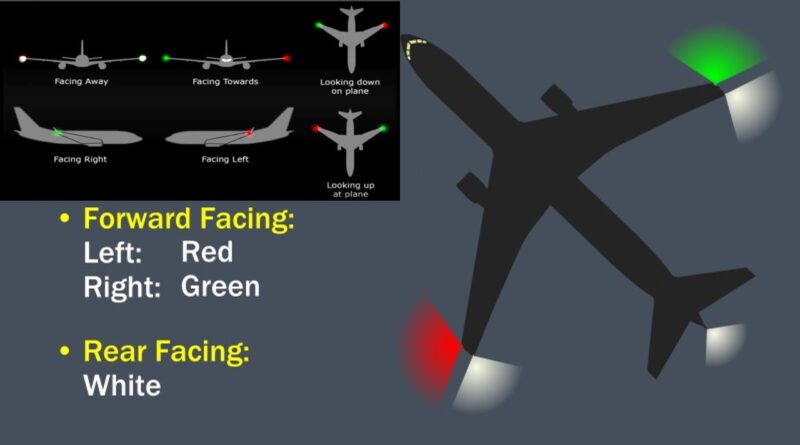 If you have seen the planes at nights, you would have definitely had a thought of what those flashing lights mean ???

Planes are equipped with a variety of lights that are used for navigation, safety, and to improve visibility during flight or when taxiing on the ground.

Planes have blinking lights while others are constantly illuminating. What is the difference ??

The logo lights are placed on the horizontal stabilisers. And they illuminate the airplane’s tail and the airline’s emblem. These lights are not required but are common on most commercial aircraft.

The lights are usually located on the surface of or at the tips of the horizontal stabilizer. The steady white lights are used to illuminate the company’s logo painted on the vertical tail.

While useful for advertising, the primary purpose of these lights is safety since the bright lights help to make the plane more visible.It’s various purposes include:

AFA739, give way to Air Berlin A320 moving from left to right of the taxiway .

It is always better to have a large light for logo illumination instead of many small lights.

The taxi lights are located on the nose gear. They illuminate the taxiway ahead, making it visible for the pilots.

They are typically turned on whenever the aircraft is in motion on ground for greater visibility during taxi, takeoff and landing.

Next we have THE LANDING LIGHTS and runway turnoff lights –

These guiding lights are located below the fuselage or at the wing root or in some aircrafts on the nose gear. They are aimed so we can see the runway during takeoff and landing.

Unlike the landing lights which shine straight forward, the runway turnoff lights are designed to irradiate the runway exits, which are diagonal to the runway, allowing the pilots to see in the dark while steering the aircraft towards an exit. They are purposefully angled to the aircraft so that it projects high beams till long distances.

Bright white landing lights are usually fitted to most planes for enhanced visibility during the landing approach. These lights can also be used to illuminate the runway at poorly lit airports.

They are often required for night landings but also commonly used during the day as well to make the plane more noticeable. While the usage of these lights is common, their location can vary from plane to plane.

Landing lights may be located in the wing root, in the outboard wing, or somewhere along the forward fuselage.

Although the plane is quite visible now but it is still difficult to spot the wings and fuselage.

As a result of which we need the flashing lights aka THE ANTI-COLLISSION LIGHTS , these blinking of the lights are easily perceived by the eye.

There are two different sets of anti-collision lights on modern airways :

Consequently, these high-intensity, glaring lights are the brightest lights on the airplane. They are located at each end of the wings, and flash at specific intervals.

There is one more strobe light at the rear of the plane, near the APU exhaust. It blinks in unison with the other strobes.

If you are observant enough, you would have notice that on Boeing airplanes, these strobe lights will blink once. While on Airbuses, they will flash twice in rapid succession. That is because there is one strobe light on each wing of a Boeing plane, and two on every Airbus aircraft.

The beacons are switched on when the airplane begins to reverse out of the gate, and they are only turned off after the plane has been parked at another gate and the engines have been shut off.

These lights are colored reddish orange and rotate to produce a flashing effect. The beacons are turned on just before the engines are started and they remain active until the last engine is shut down.

The beacons help to serve as a safety warning to ground personnel that the engines are operational.

All of the anti-collision lights are active, the white strobe lights and red beacons flash alternately, at a regular interval.

In addition to the red and green lights, most planes are also fitted with other steady white navigation lights in various locations.

Another popular location is at the very aft end of the fuselage or at the top of the vertical tail. One of these latter lights placed along the aircraft centerline is especially common on smaller airliners and commuter planes.

Whatever the location, the purpose of these steady white lights is to improve the plane’s visibility from behind the aircraft.

These set of lights are constantly on but aren’t meant to be used as illumination. The navigation lights show the position and orientation of the aircraft. They allow pilots and observers to determine the direction the airplane is facing.

They come in three colours:

Next we have ENGINE or WING INSPECTION LIGHTS –

Many airliners feature lights along the root of the wing leading edge that can be used to illuminate the wing and engine pylons in flight.

These lights may be used to make the plane more visible during takeoff and landing or to inspect the wings for damage in flight.

Pilots can also use the wing lights to inspect the wings and slats for any ice accretion that might build up when flying through clouds.

They illuminate the wings and engines, allowing the flight maintenance personnel to check for any ice, frost build-up, snow or damage. The lights also improve visibility of the plane.

Some planes are equipped with additional lights in the nose and main gear wheel wells. These lights are provided primarily to assist ground personnel in making pre-flight inspections of a plane at night.

Stay tuned with us for more such informative blogs on your fingertips. Subscribe us for regular updates and never miss a single story! 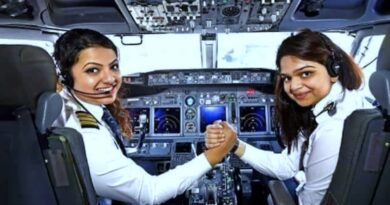 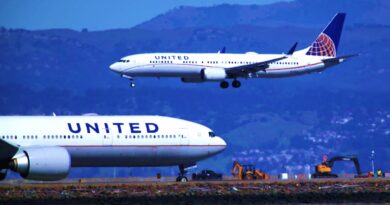 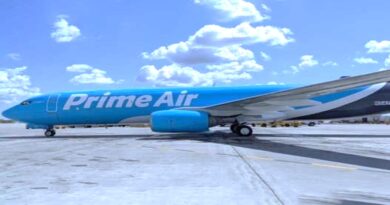 The Amazon and Sun Country Partnership